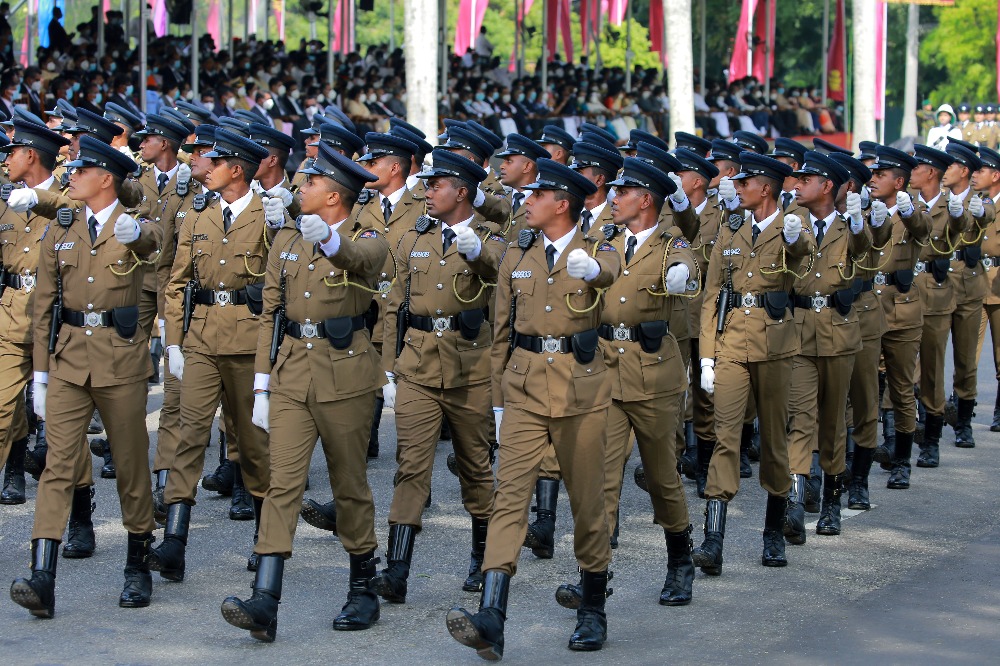 ‘Satahan’ has received reports of an incident where a young man was brutally assaulted in the Hiniduma Police jurisdiction in Galle District, Southern Province. This happened yesterday (3) when the Sri Lanka Police celebrated Police Day under the leadership of the President.

The victim of the assault is W. K. Lasitha Kumara, a 28-year-old resident of Thawalama Naththanpitiya, Galle. He owns a shop where he sells areca nut and pepper at the Gahala Jesimmani Junction. A young man who witnessed the incident said that while Kumara was in the shop yesterday afternoon, several policemen including the Hiniduma Police Officer-in-Charge came searching for something allegedly sold to him by a person who had been arrested for theft, and brutally attacked him.

‘The police came and beat up this young man. Then they dragged him onto the street and continued to hit him. The OIC also beat him up. They attacked him while people were gathered around, watching. The police officers seemed to have been drunk at that time. When the police beat up the young man, he collapsed on the ground. Later the officers themselves took him to Udugama hospital.’

A local resident mentioned that another young man had taken a video of this attack, but it was deleted by the Hiniduma Police OIC.

‘Someone made a video of this incident. The OIC asked him to come to the police station and delete it. He said that if he doesn’t delete the video, he will be put behind bars. After that, the video was deleted,’ he said.

By last night, the local residents had already informed the Sri Lanka Human Rights Commission and the National Police Commission regarding this incident.

‘We repeatedly called Mr. Ajith Rohana, Senior Deputy Inspector General of Police in charge of the Southern Province. But he did not respond to the calls. Then we sent him a video we had that was a few seconds long via WhatsApp. We also informed the SSP of Galle about this. But they didn’t seem to care.’ said a local youth.

A spokesperson for the Human Rights Commission confirmed that they received a complaint regarding this incident to their hotline.

Residents said that the young man who was hospitalized was remanded today while in hospital, and that his relatives did not know that he would be presented to the magistrate today (that the magistrate would come to the hospital), so they couldn’t get him an attorney.