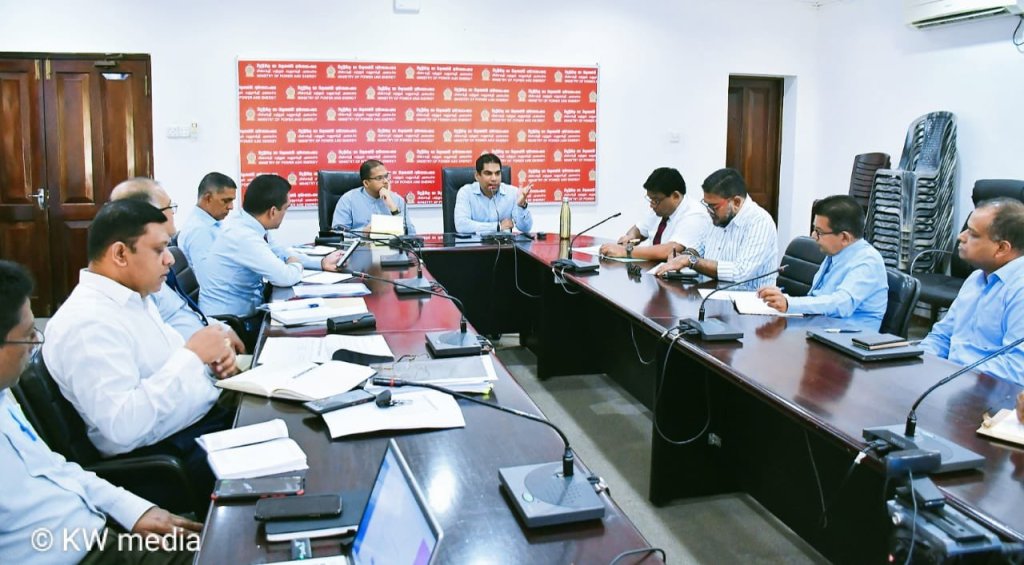 Although the government managed to temporarily suppress the fuel shortage by rationing and bulk purchasing fuel in the past, it’s impossible to prevent fuel shortages from arising again and again when Sri Lanka does not have a comprehensive program to develop the economy and obtain foreign income.

This is because Sri Lanka is unable to obtain more loans to import fuel and no specific reforms have been made regarding fuel consumption.

The Lankadeepa newspaper reported that bulk distribution of both diesel and petrol has decreased quoting D.V. Shantha Silva, co-secretary of the Ceylon Petroleum Private Tanker Owners’ Association. Kanchana Wijesekera, the minister in charge of petroleum, has mentioned in a Twitter message that the amount of diesel available at each filling station was taken into consideration when distributing diesel, and that petrol delivery was slowed due to delays in unloading diesel stocks. He has said that this crisis will be resolved soon.

However, it cannot be forgotten that government ministers including Kanchana Wijesekera have deceived people with such brief answers when crises have arisen in the past.

Many fuel stations have closed due to lack of fuel. As a result, queues are forming again at many fuel stations. As soon as the quota system was introduced, there was an immediate decrease in fuel queues because the filling stations received fuel. If there is no fuel, no system will be successful, let alone the quota.

On the other hand, if an average car runs on 20 litres of fuel, the vehicles used by Sri Lanka’s rich burn more. It’s being said that rich businessmen who own such vehicles are operating private filling stations for themselves without proper permission.

Minister-in-charge Kanchana Wijesekera himself has made this known through a tweet (he probably thinks that Twitter is the government gazette, as most of his decisions are announced on Twitter).

Minister Kanchana Wijesekera has tweeted that these rich businessmen have established more than 2,100 private filling stations to obtain fuel for their vehicles and those owned by their companies.

However, we know that vehicles belonging to many large companies in Sri Lanka also obtain fuel from regular filling stations. This means that those who receive oil from such filling stations may be owners of those companies and engage in excessive consumption. In the face of a crisis like this, piling up oil that comes to be consumed by ordinary people of Sri Lanka at private filling stations where ordinary people are not allowed to enter is a terrible act. If the police, who are chasing after ordinary protesters, went after such crooks, the situation in Sri Lanka would not have become so dire.

While minister Kanchana Wijesekera has stated that fuel will not be given to private filling stations, he said that they can make their payments in dollars, then exports can be paid for in dollars. He also admitted that businessmen have the ability to import fuel.

Therefore, his story is contradictory and unclear. Are they going to distribute fuel to private businessmen or not? If they do distribute, on what basis would they do it? If these businessmen build filling stations illegally in a country where a person was jailed for keeping two cans of fuel in their home, what’s the law that applies to them? Can we buy fuel if we pay in dollars? On what basis can it be stored? The answers to these are unclear.

People like Kanchana Wijesekera have been making decisions about fuel distribution through tweets and press releases for some time now. Press releases are not a decision-making mechanism. Also, he made a mess of fuel distribution by making various decisions, reversing them when they go wrong, experimenting with yet a new method, etc. In the end, the quota system became a short-lived thrill for the selfish middle class who wrote “Thank you Kanchana” on Facebook. But, even in the implementation of that system, it’s doubtful whether it was properly regulated and whether the quota was equitably distributed.

It is favourable that the Ceylon Petroleum Corporation accepts payments in dollars. It can also be used as a means of bringing out hidden dollars. The costs of importing fuel can also be covered to a small extent. However, if such a system is implemented without proper regulations, it would become an opportunity for a few people to stockpile and overconsume the fuel available for ordinary people who do not have dollars in their hands. Therefore, such methods could have been well-planned and done carefully and lawfully. In truth, a fuel distribution system could have been carefully designed and presented to the country months ago through an Act or a formal cabinet approved program. A comprehensive program could have been designed while being sensitive to the needs of everyone affected by the fuel shortage, from the self-employed to large-scale businesses.

Instead, this fuel crisis continues to emerge and subside from time to time as a result of these temporary plans and short-term suppressions.